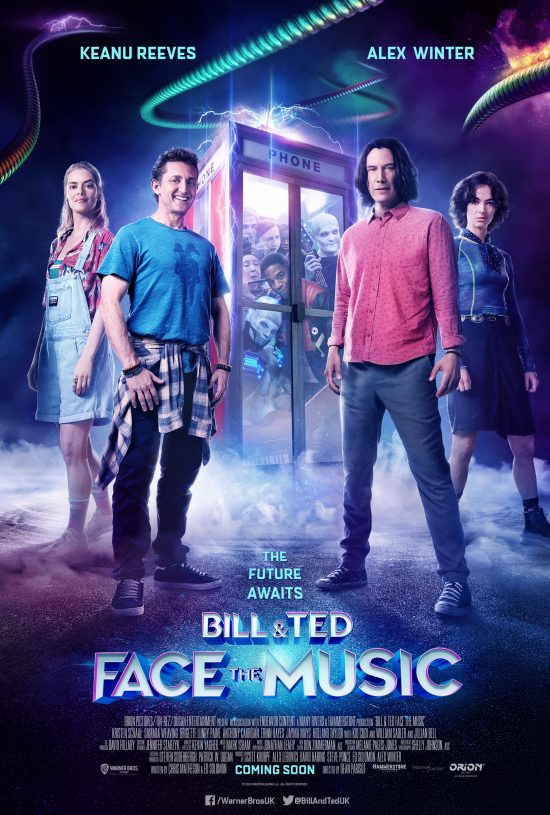 It’s been a long 29 years since the most excellent of dudes graced our screens, but is it the comeback show we all wanted or a soulless cash grab reunion?

While neither of the first two films were anything more than fun buddy comedies with a twist, they had a joyous sincerity that you couldn’t help fall in love with. Whether it was the surfer-style dialogue, their chemistry or the fact that they were essentially the same character all played into a loveable sense of camaraderie and adventure.

And the good news is that the latest in the series, Bill & Ted Face the Music, doesn’t disappoint in this department. Of course, it does rehash the time travel of Excellent Adventure and the doppelgangers, evil robots, hell and Death from Bogus Journey, but it adds a fun twist by having Bill and Ted’s daughters take centre stage on their travels to find history’s greatest musicians.

Of the two daughters, Lundy-Paine does the best take on Reeves’s spaced out Theodore Logan, perfectly capturing his trademark baffled expressions when being faced with even the simplest questions on space and time. Winter and Reeves both slip effortlessly back into their titular characters, and you can feel the fun they’re having especially when getting to play the various versions of themselves we see throughout the film. The returning cameos are great, and the short glimpse of Rufus is a lovely touch.

A rarity in most modern films, Bill & Ted Face the Music comes in at just over 90 minutes, but it doesn’t feel rushed in the slightest. As with its predecessors, you get a simple plot with charmingly dumb jokes and a loving sense of sincerity, and I am happy to report it was well worth returning to the phone booth for one last encounter with the two most excellent dudes of San Dimas.