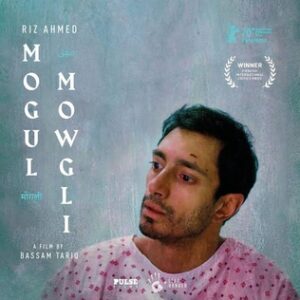 The second feature and fictional debut from documentary filmmaker Bassam Tariq, which he co-wrote with its star Riz Ahmed, is a chaotic, but incisive release that more than begs repeat viewing. The film follows Z, or Zaheer, a second-generation British-Pakistani rapper on the cusp of success who returns home to his parents and faces not only a clash of culture, heritage and religion, but a debilitating disease which threatens his life and career.

Returning home to the parents is a well-trodden storyline, but this film masterfully manages to combine the obvious cultural differences, with rather disturbing flashbacks to both Z’s youth, as well as the past of his father’s escape to Pakistan during the 1947 Partition with India. This intergenerational trauma echoes through the film, with the juddering train literally shaking several scenes and scattering its dust over Z, and sits alongside the genetic trauma which has caused the disease in both father and son. The disease itself is autoimmune, and sits as a metaphor for Z’s anxiety about himself and his heritage, with the doctor describing it as being down to the fact ‘the body doesn’t recognise itself anymore’. Tariq’s documentary-style cinematography superbly captures some of these tense snippets of the past, and the extreme close-ups on materials, light and characters adds to the realistic style, which itself is balanced by moments leaning into magic realism.

Despite these rather haunting, horror-type moments, the film skips between serious drama and humour, with some of the best lines delivered by Nabhaan Rizwan as RPG, an up-and-coming fellow rapper, who gets to deliver the line “No Nando’s without apartheid”, which in combination with his music video for ‘Pussy Ass Chicken’, definitely had a slight Chris Morris influence, who Ahmed worked with on Four Lions. Ahmed is stellar, spitting out his lines, with several songs taken from Ahmed’s 2020 album The Long Goodbye, most memorably in a fantastic transition shot where he begins rapping backstage before leaping to the front of the house to begin his live show. There’s also a lot of boyish, rebellious charm, as he is thrown back into his parent’s household, channelling his younger self, but combined with some fantastic emotional scenes, particularly with Z’s father, played by Alyy Khan.

Mogul Mowgli is a fantastic piece of documentary-style fictional filmmaking, with the director/writer and actor/writer working together perfectly to produce an intense, but insightful leap into intergenerational relationships, attitudes and trauma.