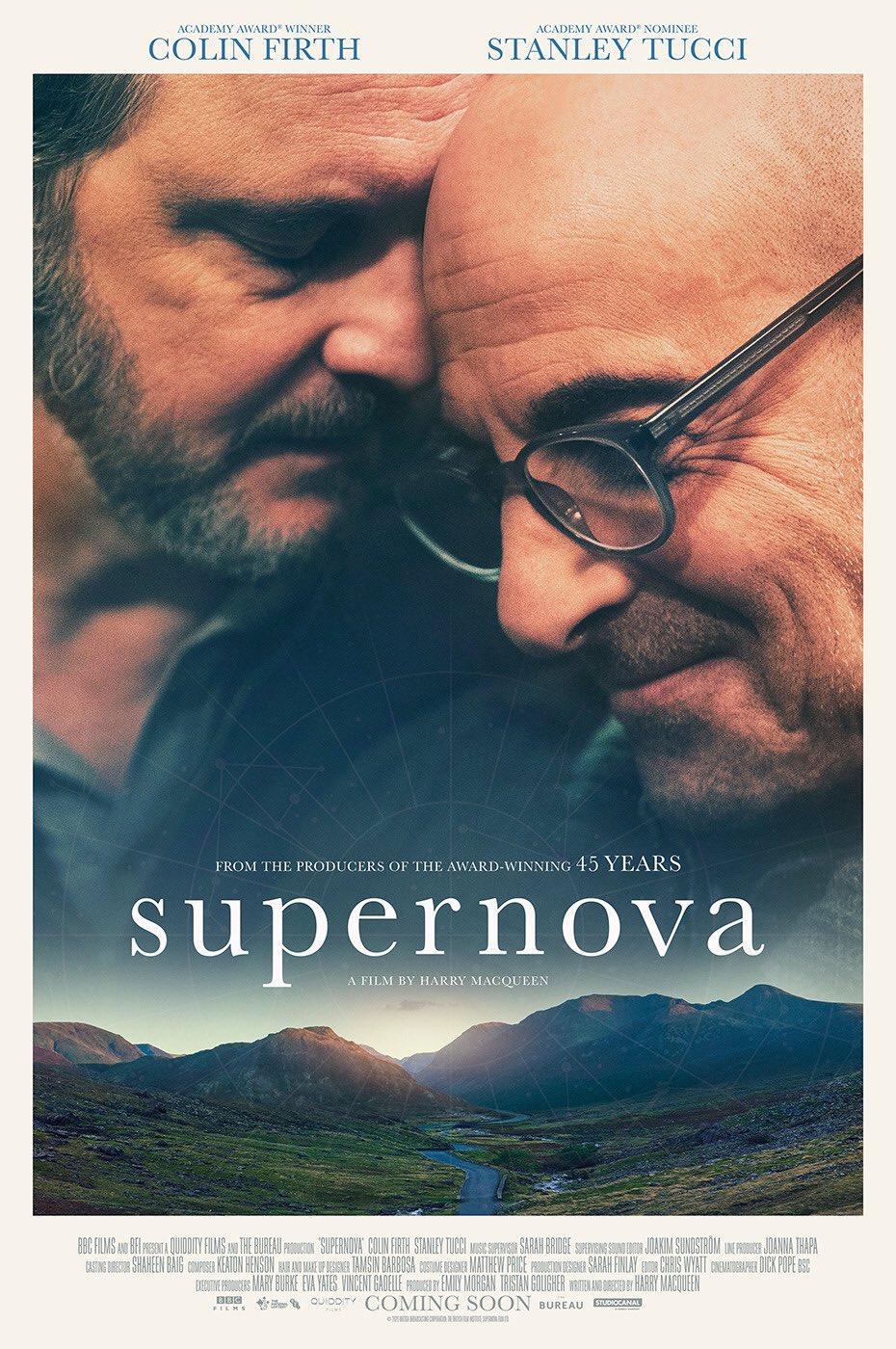 Supernova, the second feature from actor, writer and filmmaker Harry Macqueen, is a heartbreaking tale of an older couple grappling with early-onset dementia.

Colin Firth’s Sam and Stanley Tucci’s Tusker are 50-somethings who embark on a mini-road trip through the Lake District, retracing their steps from decades before, reuniting with friends and family, all on the way to a cottage where Sam is set to perform a piano recital. And, last but not least, they bring their adorable dog Ruby along for the ride.

But it’s not all dogs, friends and stunning scenery, as Supernova takes an honestly bold look at the way Tusker’s condition of early-onset dementia takes its toll on both of the characters. The film takes it slowly, introducing us to a charming couple, before taking a more serious turn. The tension builds as Sam discovers that Tusker isn’t coping as well as he’s pretending to, and how the secrets they’re keeping from each other build-up to a dramatic set of scenes and a big dilemma.

There’s a real sense of the love between the two characters – they playfully bicker over the directions in the van, Tusker is overly protective over Sam’s fame, while Sam doles out patient and loving care over Tusker. The chemistry and the dialogue between the two protagonists are what really elevates the already great, though simple travel-style narrative. The little nuances of behaviours, the quiet moments and the heated arguments, all come together to paint a stunningly intimate portrait of two people facing one of the most difficult periods of their relationship and life.

Tucci’s sublime performance is bolstered by a painfully honest set of powerful lines capturing his character’s emotional state. Firth is more reserved, but equally strong, especially when faced with tough decisions. He’s reticent, as he tries to hide his emotional troubles while remaining strong for his partner.

On their journey, Sam and Tusker, and the audience are faced with compelling, yet harsh truths about the condition, but told through the partnership of the two, which is a joyful relationship, filled with humour, grumpiness and love. That said, the film sets out and succeeds in exploring the heartbreaking conflict between the selfishness of love, wanting not to lose your partner, and the selflessness of being a burden, feeling like you’re no longer the same person you were and losing control – “becoming a passenger [when you’re not] not a passenger.”.

Along with the acting and script, the other highlight is the cinematography. Aside from the stunning autumnal tones and vistas of a dramatic Lake District, the couple’s camper van is a remarkable set in itself. Masterfully shot, lit and staged, the van feels like an intimate world for the couple, yet still managing to create distance between the two, as well as capturing several different settings – everyday domestic life, a confessional space and a place of loneliness.

Supernova is a charmingly honest and sweetly romantic, yet brutally heartbreaking take on early-onset dementia and the traumatic effects it has on the body, mind and relationships. One of the frontrunners for the best film of the London Film Festival.