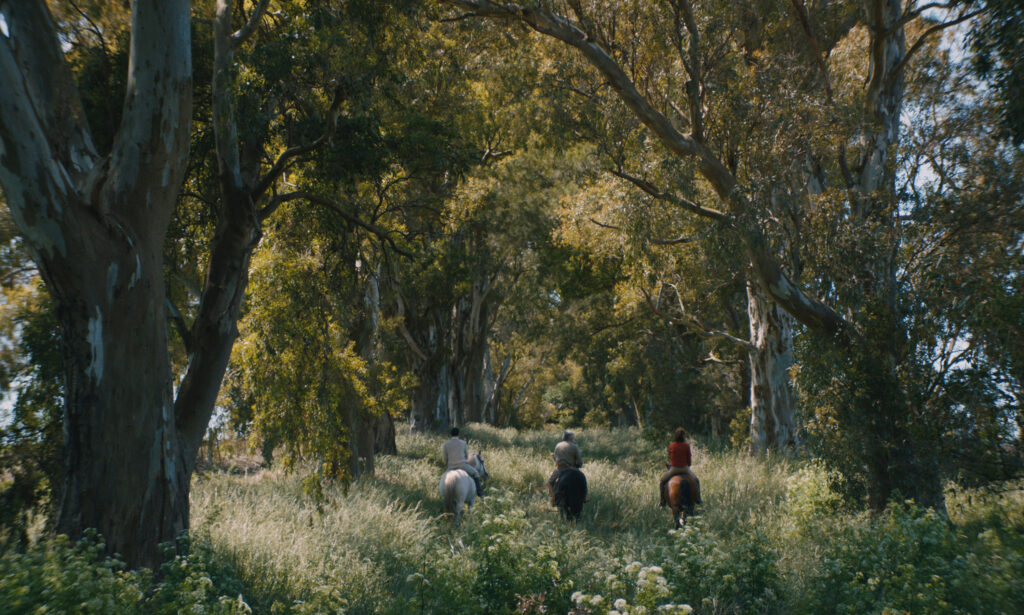 Azor is all about atmosphere. Well, not all about it, but it’s what makes it special. The film, which explores the story of Swiss banker Yvan and his wife Ines in Argentina in 1980, negotiating his missing bank partner, his clients, and the tempestuous economic and political situation, is a banquet of glorious cinematography, vivid characters and pitch-perfect dialogue, all set to an intimidatingly bold soundtrack.

Long, lingering and beautiful shots soak up the beauty and rippling tension and smoky atmosphere, taking us from grand hotel lobbies, to suburban mansion pools and even the jungle. The film plays like a noir-infused detective story, recalling at times Tinker Tailor Soldier Spy or The Quiet American, but with very minimal action, with the drama locked in the dialogue and subtle imagery.

What makes the film great is its slow-burn pacing. Andreas Fontana’s film is a masterclass in building up the tension and dread, drip-feeding snippets of hints at the background political situation where the military junta ‘disappeared’ thousands of people, finally culminating in Yvan finding the mysterious ‘Lazaro’. 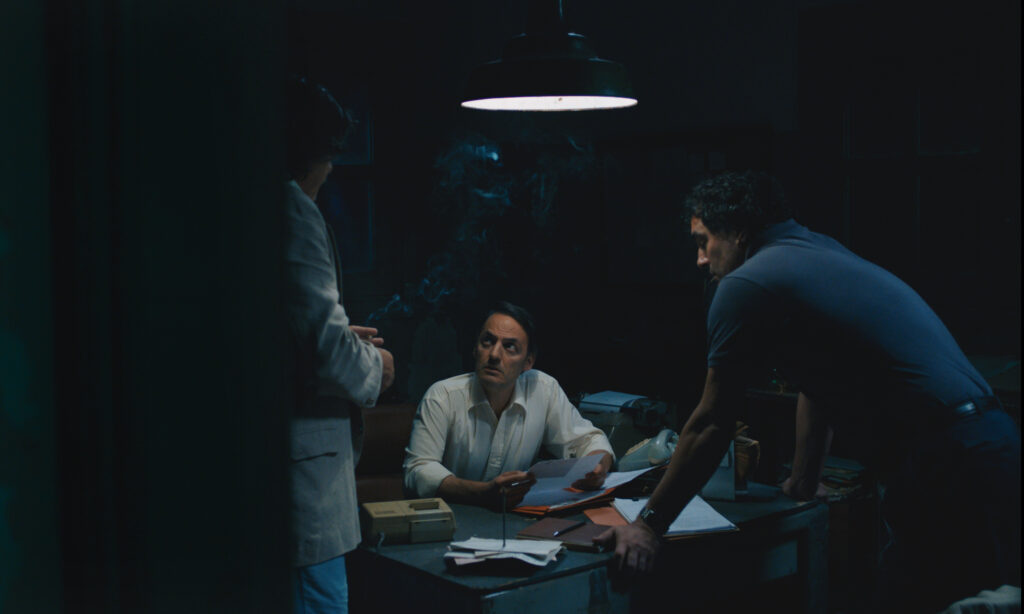 There’s some incredibly powerful visual moments, a subtle shot of soldiers’ guns (no faces shown) at a checkpoint, a Lynchian-style nightclub scene with creepy-as-hell strobes, a family portrait on horses, and the jungle riverboat journey, which seems like a nod to Heart of Darkness/Apocalypse Now. Scenes already dripping with dread are punctuated by the film’s menacing punchy synth soundtrack piercing the silence with off-putting sounds.

Yvan’s story is simple, but effective, him finding his way through the moral murkiness before him, pushed by his wife Ines, overcoming the shadow of his father and partner, lectured by junta members on the justification for their ‘disappearing’ of thousands of political dissidents, before coming to his own realisation and rebirth.

Azor is a fantastic piece of political filmmaking, choosing to show the monotonous experience of an elite foreign banker, removed from the action, but who experiences the struggles, pain and misery of those he encounters on his journey.