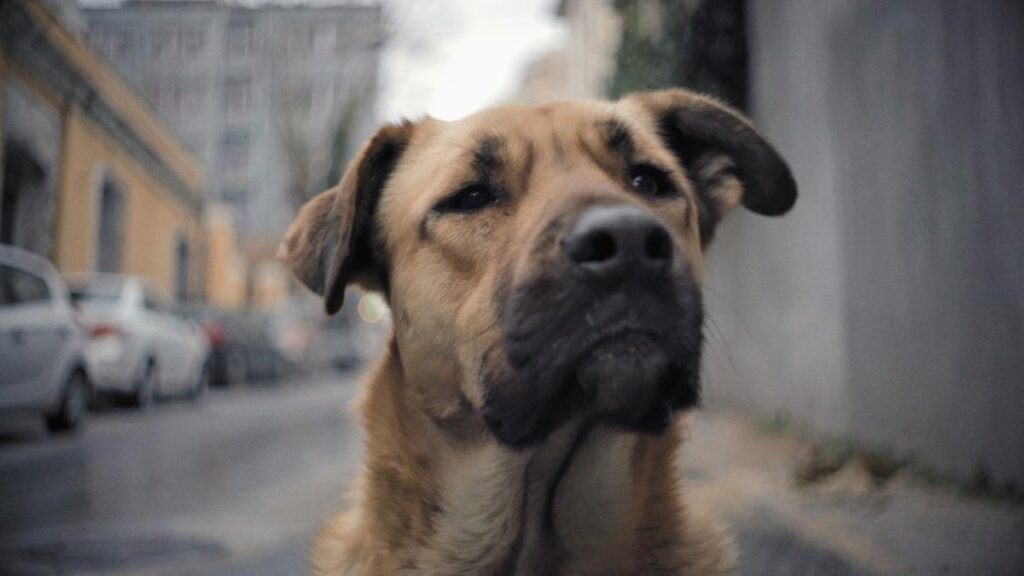 Stray is the debut feature documentary of Hong Kong director Elizabeth Lo, who has featured in the New Directors Showcase at Cannes Lion and was named one of the ’25 New Faces of Independent Film’ by Filmmaker Magazine.

This feature is a beautifully charming, but sombre look at the lives of several stray dogs in Istanbul, along with the various residents they encounter as they wander the streets of the major city. A big part of the intimacy the film captures is down to the non-intrusive, natural and low-angle camera work, which tracks the canine stars through the course of 90 minutes. While the cinematography captures the fly-on-the-wall style, and most importantly, the dog’s perspective, there’s a countless beautifully composed shots of the stars and the city they inhabit.

The star of the show is undoubtedly Zeytin, a young female tanned dog, best described by one set of residents as a ‘fighter’. We follow her chasing cats, playing and fighting with other dogs, waiting to cross busy roads, searching for food and hanging out with several Syrian refugee teenagers, who are introduced while sleeping rough in a construction site. The teens, whose plight of homelessness and searching for food seem to mirror Zeytin and co., are one of many residents we encounter in the backdrop of the dog’s journeys. You get little snippets of dialogue from women complaining about their marriages, to young people discussing Instagram etiquette, and the backdrop of major demonstrations.

The Syrian teens’ story is the main backbone of the narrative in Stray, and sees them trying to find places to sleep, and then taking a young stray puppy, Kartal from his adopted owners, before eventually getting arrested for sleeping on the streets. We also follow Nazar, who is often with Zeytin. Elizabeth Lo and her team deserve a lot of credit for the amount of careful work that has gone into producing such an intimate, endearing and cohesive piece of documentary film-making that really captures a tiny bit of the lives of these transient dogs and the people they encounter along the way. Before the credits roll, the film announces the work is the product of two years of filming, and it was definitely worth it.